Story and photographs by Mark Bower

Not all puffballs are created equal. It turns out that there are a wide variety of fungi called puffballs which have adopted the strategy of forming their spores within a spherical case, and subsequently releasing the spores when the case ruptures. Some of the puffballs are closely related to gilled mushrooms (for example Lycoperdon and Calvatia), and some are related to the Boletes (Earthballs). Others are even more distant taxonomically, especially if you consider truffles to be in the “Puffball” category.

Here are a few examples of puffballs found locally: 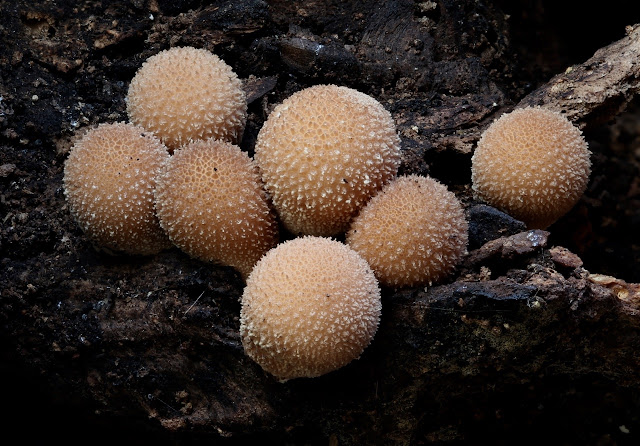 These are young Stump Puffballs (Lycoperdon pyriforme). As they age they
will lose their spines and become the smooth, whitish puffballs which grow
gregariously on dead logs. Their clustered habit earns them the title “Bananas
of the Fungal Kingdom”. Bob Kipfer described these in his recent blog post.
He mentioned the fact that “Lycoperdon” means “wolf fart”; one wonders who
had the inclination to sit behind a wolf and experience this event.

This is the “Gem-Studded Puffball” (Lycoperdon perlatum). I think it is virtually
identical to L. pyriforme, but it grows on the ground, not on wood. By the way,
it is fun to make puffballs “puff”, but I wouldn’t recommend inhaling too many
of the spores. They have been known to germinate in lung tissue! 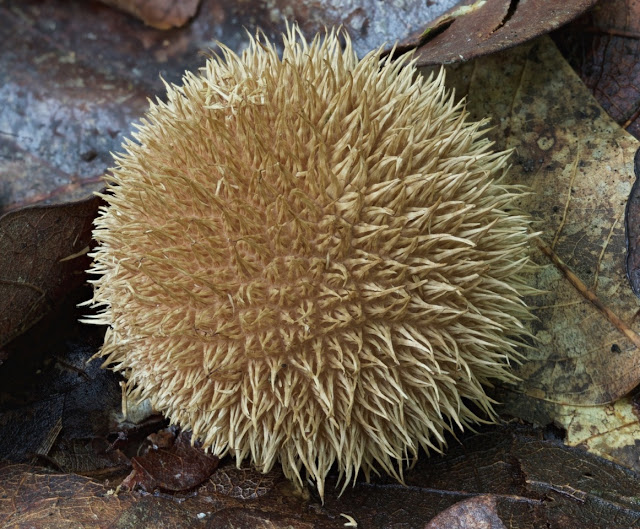 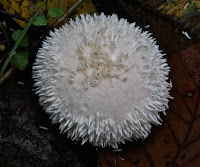 Here are the two “Spiny Puffballs” found in this area, Lycoperdon echinatum (top photo) and L. pulcherrimum (on the right). When young, they display elegant spines on the surface which join together at their tips. 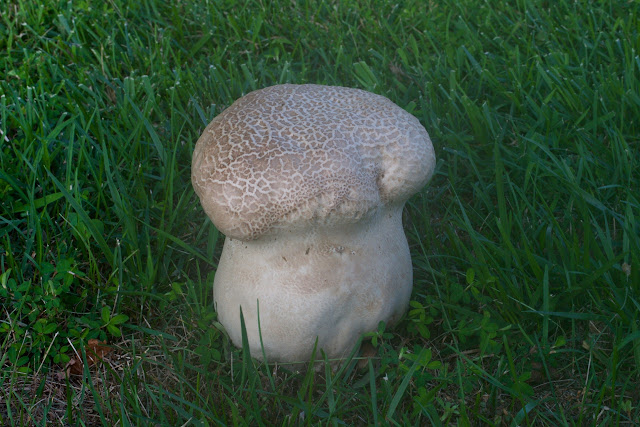 The “Brain Puffball” (Calvatia craniiformis) is most likely to be found lurking in
your yard than in the forest. 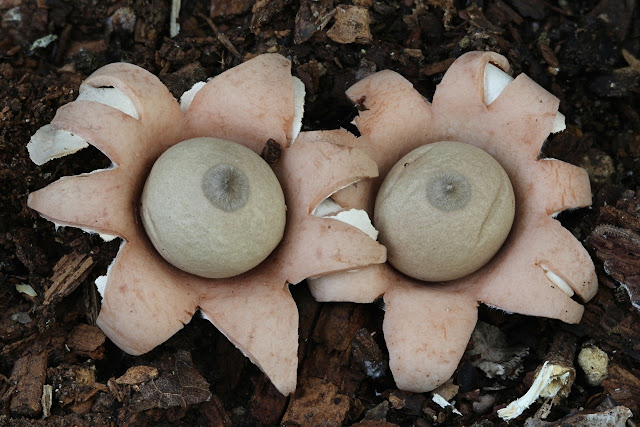 Earthstars (pictured is Geastrum saccatum) are little puffballs which are
enveloped by a tough outer layer which splits and opens up to form a star-like
structure.

Earthballs are weird little things that superficially resemble the more common
puffballs, but they have a much tougher “skin”. Pictured is Scleroderma (“hard
skin”) aerolatum. They are considered poisonous, but probably not deadly.
Interestingly, a Bolete named Pseudoboletus parasiticus which is closely related to Scleroderma specifically parasitizes Scleroderma sp. as seen above.. 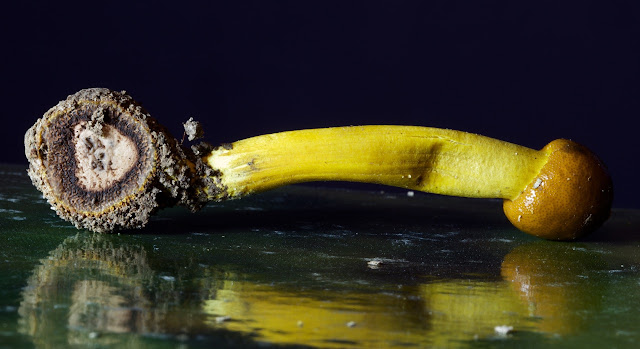 Lastly, we have to include the “Deer Truffle” (Elaphomyces granulatus), which
is the round structure in the photo. Truffles (in this case, a “false truffle”) grow
underground. This one was located by finding the mushroom which
parasitizes it, Tolypocladium longisegmentum.