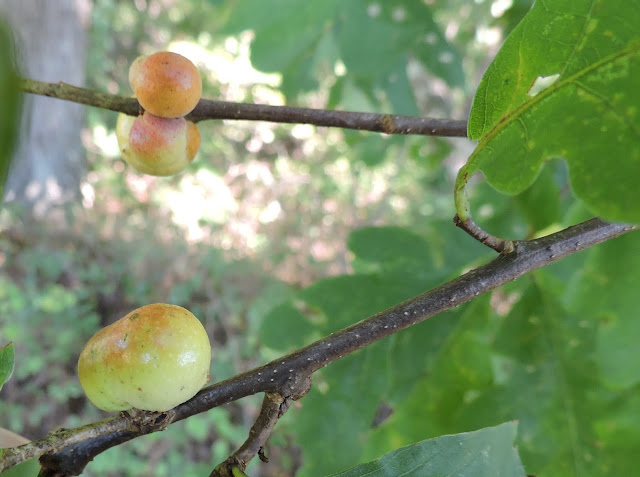 This is the time of year when we find Oak Stem Bullet Galls.  They will be changing from yellow orange to brown and woody over the next month.  The bright color looks tender but it is a hard shell, derived from the woody twig tissue.  These galls house the larva of the Round Bullet Gall Wasp - Disholcaspis quercusglobulus. 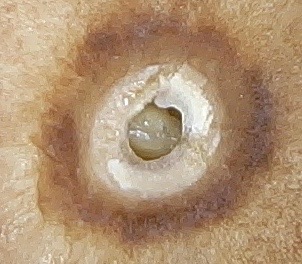 When you cut through one there is the larva  tucked into its little cavity.  Somehow they manage to avoid injury, dodging to the side of the razor blade.  With a little prodding the larva will come out and wiggle around. 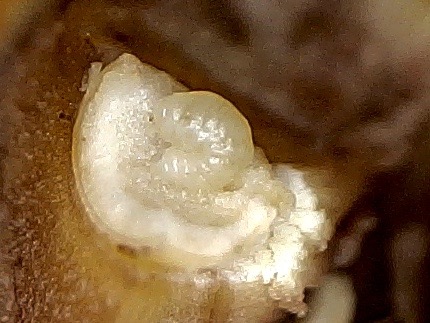 The adults are said to emerge in late October although I haven't yet collected one.  At least I am in good company as Charley Eiseman says all he has collected thus far are parasitoids. According to Charley the adults have been observed to oviposit on white oak twigs immediately after emerging and the resulting spring gall isn't known.


Joshua Stuart Rose was able to collect one from a gall and photograph the specimen that had become attached to tape and shared these pictures with me.

According to this OSU publication Oak Bullet Galls have nectaries, plant organs that produce sugary nectar.


"The sugary treat exuded from the nectaries serves as a “bribe” to entice ants and stinging insects that offer protection to the immature gall-maker. A predator or parasitoid intent upon targeting the helpless wasp larva within the gall would need to run a gauntlet of stinging and biting insects fueled by sugar! The down-side is that heavily galled trees may literally buzz with stinging insects, presenting a serious challenge if the tree is located near a home." 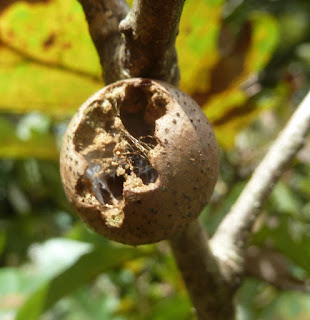 So far, I haven't observed this effect and haven't felt the sticky surface found on some other extrafloral nectary producing galls.   I have however found other inhabitants using galls as a home.  Something had chewed a larger opening in this bullet gall.  I could see a tiny spider under magnification but never convinced it to come out for a picture.
Posted by Bob and Barb at 4:32 PM