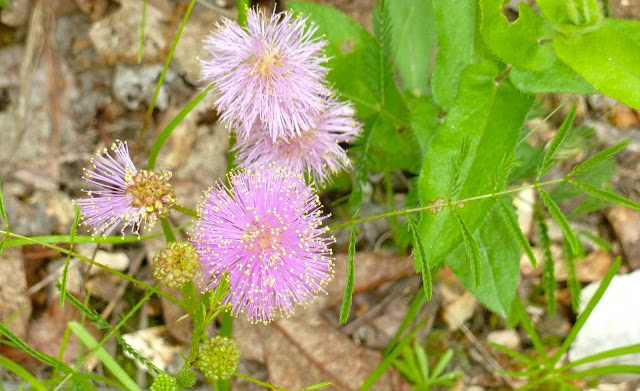 When I was young, the feelings of plants didn't get much respect.  They grew out of the ground at our pleasure, or in the case of dandelions, our displeasure.  We modified them painlessly with clippers and lawnmowers just like caterpillars chewed on them.  They felt nothing.

We have learned more over the last 60 years.  Plants seek out the sun like some people migrate to Florida in the winter.  Many plants aim their leaves toward the sun, and trees grow their branches toward the available sunlight. Vines touching a branch will start slowly wrapping around it, a process called thigmoplasty.  Sensitive briars and Venus flytraps close rapidly by a similar process called thigmonasty, responding again to touch, just much faster. Venus flytraps actually seem to count, awaiting a second stimulus before closing.

So if plants can "feel" and can respond to injury, is that pain?  But what actually is pain?  If I touch a hot pan, I withdraw rapidly to avoid a more serious burn.  Likewise, some plants produce chemicals to discourage an insect from chewing on it and even broadcast chemical signals to its cohorts to release defensive chemicals, just as I might warn someone, "Don't touch it, it will burn you."  This and many other examples are described in a fascinating book, What a Plant Knows - A Field Guide to the Senses by Daniel Chamovitz.


A new study has shown that these senses can be dulled with the same anesthetics that are used on mammals, including us, in surgery or the dentist's chair.  I came across this in a NY Times article, Sedate a Plant, and It Seems to Lose Consciousness. Is It Conscious?   It describes the results of research reported in the Annals of Botany.

In an experiment, scientists sedated plants that display thigmonasty, such as the Venus flytrap. They blocked their response to touch and "when the drugs wore off, the plants came back to life, almost as if they were regaining consciousness."

One of the plants they tested was sensitive briar,  Mimosa nuttallii.  Its normal response to touch is the rapid folding up of its leaves, seen in this video.  Diethyl ether in the air of its container, or lidocaine on its roots, caused it to stop responding to touch.  Withdraw the anesthetic and seven hours later it had returned to a normal response.

These same anesthetics were used on Cape sundew, Drosera capensis, a well-known carnivorous plant and Venus flytrap, Dionaea muscipula.  They rapidly lost their capture response to crushed dead flies.  Yes, I feel the same about dead flies, but in their case these are like M&Ms to carnivorous plants. After several drug free hours they recovered their appetites and responded normally by quickly closing around the treats.

Obviously there is a lot of difference between responding to an anesthetic and actually feeling pain.  Plants don't think, as far as we know, but some might say they are aware of the insult.  While these findings may cause a few more readers to become vegans, I suspect it won't keep many homeowners off their riding lawnmowers.