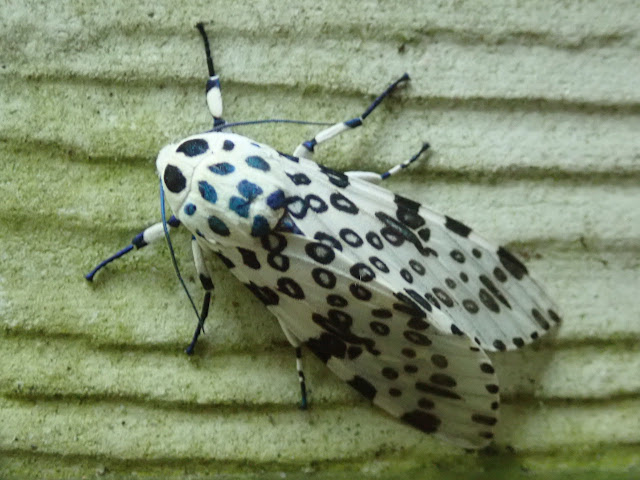 I recently captured on camera a frequent visitor to our deck, the beautiful Giant Leopard Moth (GLM), Hypercompe scribonia.  We have been collecting "porch light moths" in preparation for a future project in moth identification.  We leave our porch light on overnight and photograph what lands on the siding of the house.  Others can "collect" by black lights, sodium lamps with sheets, etc., but all get the view of a moth and the other "bugs" attracted to light as they appear in nature.  Occasionally we get lucky with a picture in a natural setting as I did in 2011 below. 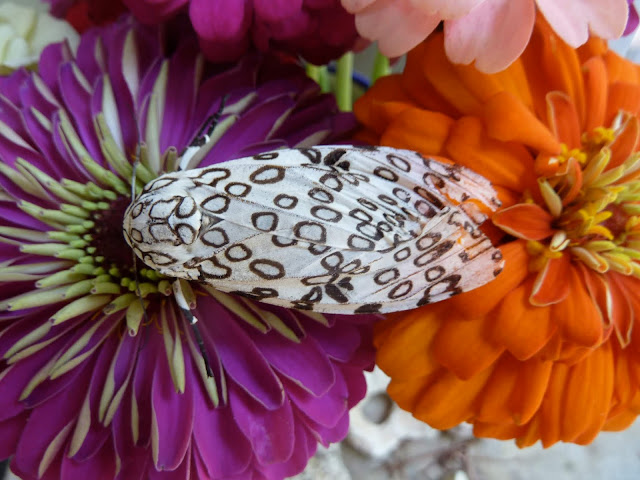 In the early morning on our west facing wall before the sun hit it, I was photographing it with a flash.   Reviewing my pictures I saw small blue-green iridescent spots on the dorsal thorax that I had never seen before.  None of the common views on line showed this but I found it described on the University of Florida Entomology site.  With magnification there were similar colors on the legs and antennae . 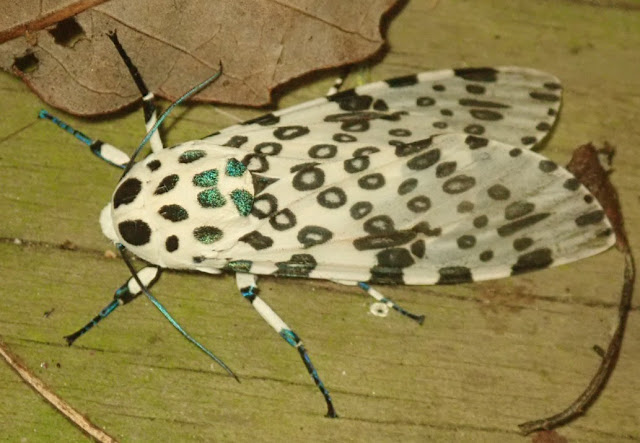 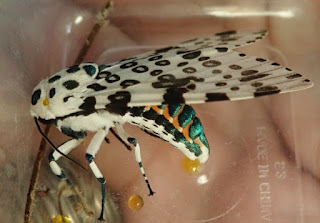 After a little chilling in the refrigerator I got it to sit still for a side view.  That exposed similar colors on the posterior dorsal abdomen.  It is interesting that most online photographs of GLM don't show the iridescence.  None of my photos over the last few years had shown them until I used a flash, bringing out the reflective scales.

The GLM has one brood in the north and two broods in the south.  The caterpillar is a "woolly bear" caterpillar, similar to our more familiar two-toned Isabella Tiger Moth caterpillar which "forecasts" our winter weather.  It too can accumulate glycerol as antifreeze to tide the late instar over the winter.
Posted by Bob and Barb at 3:50 PM