Life in a Looper 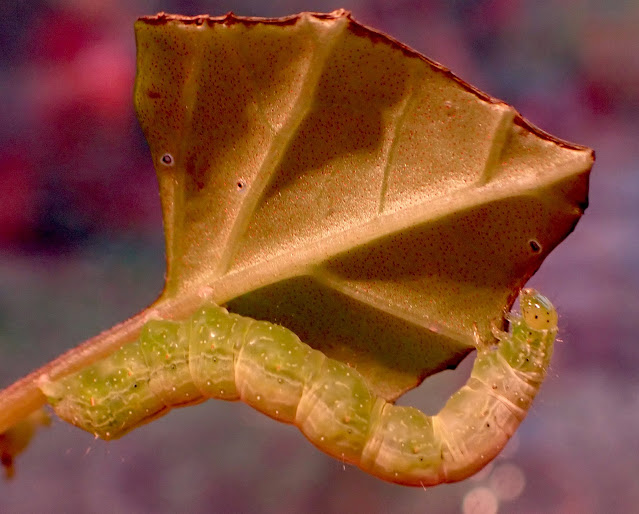 Last month, Barb put some cuttings from her Swedish ivy, Plectranthus australis, in a vase on top of our piano. The plant is in the Lamiaceae or mint family. A few days later we found frass all around the base and spotted this looper caterpillar crawling along the leaves.

We identified it as a soybean looper, Chrysodeixis includens.  It is found all over the western hemisphere and even the Galapagos.  It is a soybean pest but its diet includes a number of plant families including Lamiaceae above. 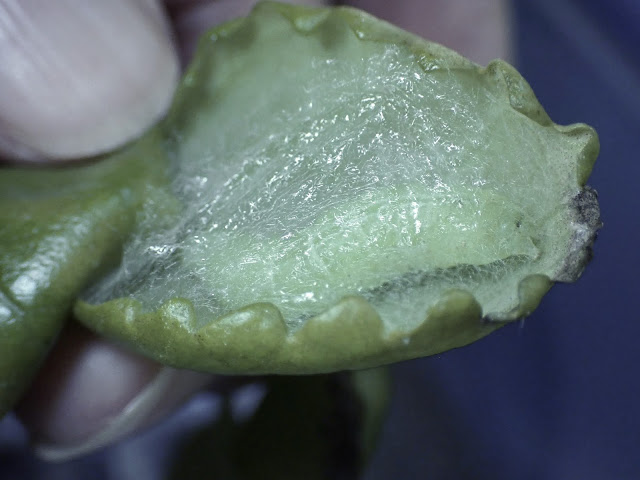 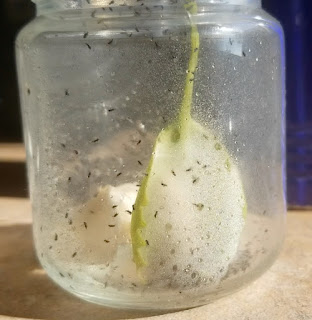 A few days later it had wrapped up a leaf in silk and formed a pupa.  We sealed the pupa in a baby food jar with a dampened little piece of paper towel to raise the moth for confirmation. When we returned to town a week later we found the leaf/pupa case seemingly intact and the jar filled with 200-300 little 1.5 mm winged creatures.
Our best guess is these are parasitoid wasps, probably in the superfamily Chalcidae. 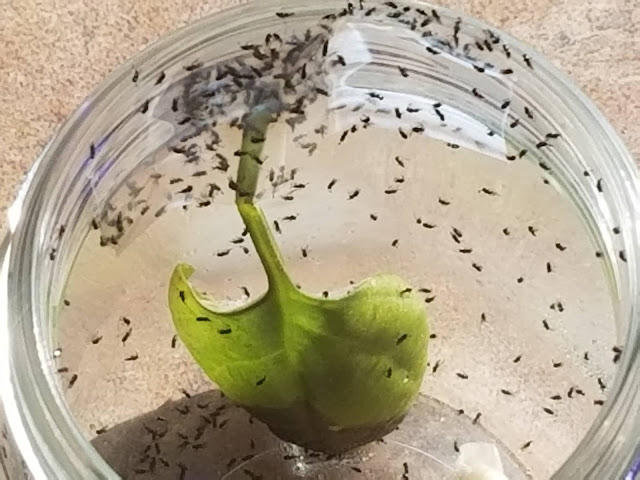 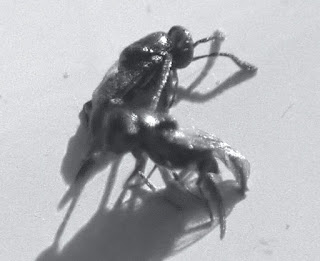 The silk case around the leaf had these wasps on the outside but none inside or on the pupa as seen below. Without a microscope I wasn't able to get any better photographs than this one. I kept the jar of wasps until Barb ruled that the household Statute of Limitations had run out and the dead bodies were committed to the kitchen drain.

There are over 22,500 known species of Chalcid wasps (who keeps track of them?) and most are under 3mm in length, the smallest being 0.14 mm! Most are parasitoids of insect species ranging from lepidoptera (butterflies and moths), flies, bugs and beetles, and even a few spiders. Ours probably emerged from the caterpillar pupa although I can't see the exit holes and none are inside the silk web.

I am holding on to the pupa until spring in the unlikely possibility it wasn't the source of the wasps. Don't tell Barb. 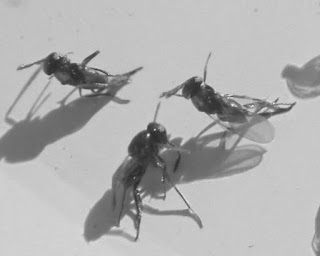