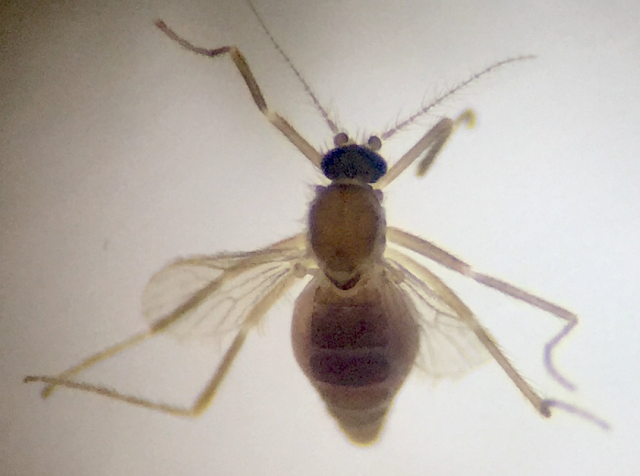 Exciting News - Hang on for a long ride!

This little lady above was collected by our friend and stream researcher Nathan Dorff from Peckout Hollow just beyond our old barn.  After several years collaborating with experts in the field, it is now official.  This is a new species of frog-biting midge, now officially named Corethella kipferi.  These midge larvae spend their entire lives in the hyporheic zone, the water flowing out of sight under gravel bars.  There they happily spend their hours munching on mosquito larvae and other tiny delectables.  Then in a moment of passion they come flying when the female hears the call of a frog and draws out some blood, necessary to produce fertilized eggs for the next generation. 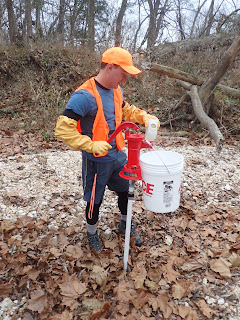 The female adult specimens above are in my collection.  Preserved in alcohol, they measure just about 2 mm.  Nathan collected them in an insect trap as they were responding to the recorded call of a gray tree frog, Dryophytes versicolor, aka Hyla versicolor.  He had previously collected the larvae from pipe wells he had driven into the hyporheic zone bed of Peckout Hollow running below the dry surface gravel.  You may recall Hyla versicolor from this previous blog.

By now you are probably really confused.  I will try to explain a little more about our new species or you can just read Nathan's whole paper here. 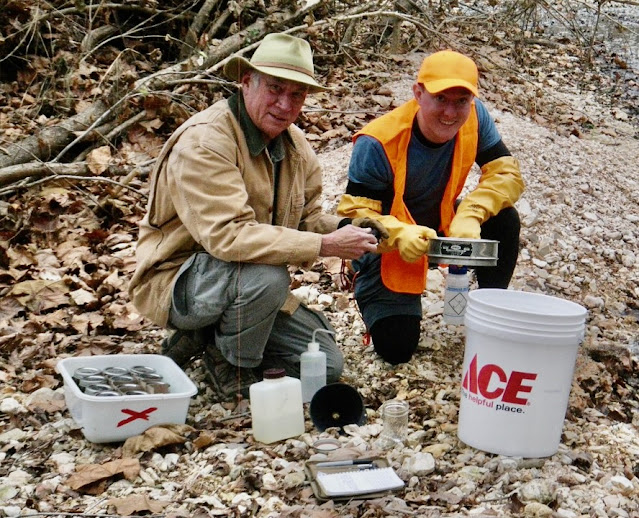 If you are still with me, here we go.  Don't say I didn't warn you!  (Editors note:There will not be a test.)

The frog-biting midges are in the single genus Corethrella.  There were a total of 115 species and counting at last report with "52 of these being new" before Nathan's report.  All known species occur between the 50 North and 50 South parallels and are restricted to areas where frogs can live.

The larvae of FB midges are not distinctive and cannot be identified down to species level.  That said, I think that think you will agree that they are kinda cute!

The larvae are predators on zooplankton in the water, such as mosquito larva above.  They remain anchored and stationary, grabbing dinner as it passes.  There is little known about their dietary specifics although one paper reported a common species that prefers munching on our Asian tiger mosquito larvae.

Of course their fame comes from the female's obligatory diet of frog blood.  They are thought to seek out the frog calls by their specialized Johnston's organ, a collection of sensory cells found on the second antenna segment.  Now that has to be tiny on a 2mm midge!  An article on Eavesdropping Vampires delves deep into how and possibly why they pick out hosts by their calls.

There is even some evidence of some having not only specific host frog species but even preferred biting sites on the frog by different midges such as face sucking or back biting!

Congratulations for hanging on for the whole ride.  This was a lot more than you asked for but I find it fascinating how much we can now learn about a tiny insect that measures 1/16"!

Finally, I was curious about this face shot and asked Nathan about it.

"They are photomicrographs….but I’m afraid the techniques are beyond me. Essentially they take a stack of photographs through a microscope from different “depths” at high magnification and combine them to make those spectacular composites with so much detail. Love the compound eyes!!

We are grateful for Nathan's studies, his friendship and sharing his youngest addition to the family with us.